Let’s Be “Raving Lunatics” for the Earth! 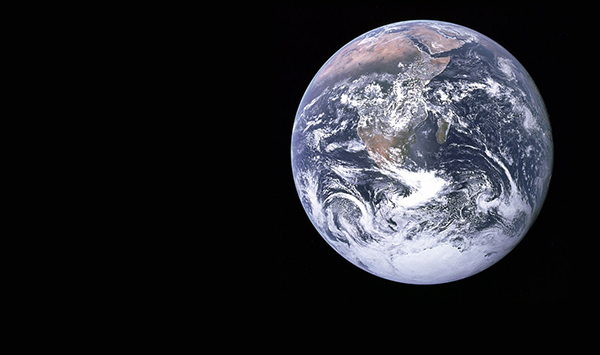 At this moment, as I launch this Green Disability News, almost 200 bushfires are still burning throughout Australia. Their deputy prime minister, Michael McCormack, has called Australians who are concerned about the link between climate crisis and this catastrophe: “raving lunatics.”

For more than four decades I have worked as a community organizer for human rights of psychiatric survivors. I was privileged to have colleagues like my friend Justin Dart, who championed the Americans with Disabilities Act and often called for “revolution.”

Seven years ago, I experienced a severe accident that left me a quadriplegic in a power chair.

In other words, I have “reestablished my credentials” as a leader in the disability movement, both in physical and mental disability. And I’m back. I am revolutionizing my challenges into a consulting business, Aciu! Institute, for green disability.

What is “green disability?” On the one hand, of course, we folks with disabilities need to be as environmentally conscious as possible. Yes, our rehab can be greener, our electricity can become solarized, just like anyone.

But also, “green disability,” for me, is a quick way to describe a challenge all of us modern humans share: a disconnect with nature. The disability social change movement is, some would argue, one of the largest on the planet. Everyone is just a slip or bad bicycle trip away from being disabled. Everyone who ages sufficiently joins our movement.

We in the disability movement need to do far more to address the climate crisis, NOW! Because our folks tend to be so poor and marginalized, our groups have often depended on government funding. In the USA, that means that many disability groups now have as their boss’s boss’s boss, one of the most disturbed and dangerous people in world history: Donald J. Trump. Has our disability movement sold out? Where are we now as Earth burns?

Many have, over the years, advocated for the development of independent funding. For the disability movement, that approach is needed now, more than ever!

One of my inspirations for my consulting business is my friend Patch Adams, MD. Yes, that Patch Adams, the one played by Robin Williams in the movie of the same name. Patch has devoted his life to transforming the medical system. He is also a psychiatric survivor who started the influential nonprofit, the Gesundheit! Institute.

Several times I have heard Patch speak about the consequences of centuries-old mental and medical systems. When such systems trample on the human spirit for so long, the end result leads us to our current dire predicament. The cultural norms we call “normality” seems to paralyze us in the face of what can only be called a disaster that challenges the survival of us all.

One antidote to this climate paralysis for me has been working with the newly-emerged global group, Extinction Rebellion, which started in London. Watch this brief speech by XR leader George Monbiot who refers to the fact that environmental leader Greta Thunberg calls her mental disability diagnosis (on the autism spectrum) a “secret weapon”:

During the past few years of rehab and reflection, a positive source of insight has been the wisdom of author, activist Micah White. A few months before my accident, the Occupy Movement seemed to come out of nowhere. Micah is the individual who quietly sent out the first Tweet for Occupy. He was one of the architects.

Now, Micah is settled on the Oregon coast and teaches activists about strategy. He reminds us all, as we begin the 2020s, that by 2029 the fate of humanity will be decided one way or the other, positively or negatively.

Let us all lead our disability movement into supporting a global revolution. We may or may not succeed, but either way, the moral imperative is to act, and act wisely.

Let Us Stay In Touch, Let Me Hear From You

Some of you reading this have been familiar with my work in the past. Others are connecting with me for the first time.

Either way, I would like to hear your feedback and find out more about you. Here is a very brief survey you can take online. In this survey, you will have the option to get this news at most once a week:

One of my best friends ever, a key leader in the psychiatric survivor movement, was Janet Foner, who died suddenly in 2019. This launch of Green Disability News and Aciu! Institute is dedicated to the memory of Janet. She loved “mad pride” and I very much agree: Let’s celebrate being different!